Today I had the afternoon pike fishing on The Trent which had quite a good flow on. After a couple of hours without any action I was beginning to think it was going to be another blank session, been weeks since I last caught a pike, then suddenly I had a fish on which was unstoppable. It tore line off the reel and ran out into the fast water. When I eventually got it near the net it went crazy again trying to get in the marginal snags. I was relieved when it finally rolled into the landing net. My first pike in weeks and it was a nice fat beauty in perfect condition!

The second pike I'm sure didn't know it was hooked; not really doing much until it got near the net then it went mad. Another perfect fish.

I also managed a Jack, like busses, no pike for weeks, and then 3 in an afternoon! 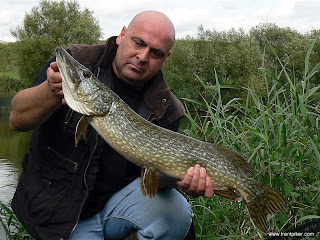 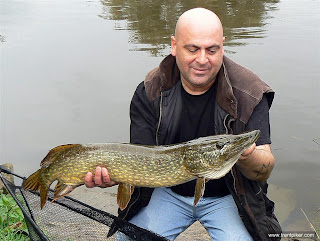 Click the pics for full size
Posted by Trent Piker on Sunday, September 06, 2009

Cheers lads, tight lines to you both!