What a Terrible Season That Was!

What a terrible season that was! As you can see by the lack of posts here I haven't had much to blog about during the 2010/11 season. I've not spent much time on The Trent, instead I've been trying to crack a new water but so far I've had far too many blanks there, only interrupted by Jacks, Perch and the odd fish probably not scraping double figures, but the reason I kept going back was because last year I saw the biggest Pike I've ever seen follow my lure into the margin only to turn away into the depths at the last moment and it's that image of the massive fish that has kept me going back for another try. I'll still be back next season to grab the odd quick session because it's quite local to me and I've met some great anglers fishing there but maybe think about a change of tactics next Autumn/Winter, although I also want to spend much more time back on The Trent next season as that's where I enjoy my fishing the most.

I've had a change of venue recently and gone back to an old faithful gravel pit/pond that I used to fish a lot. Just had a few small ones up to now, covered in horrible leaches, but it makes a nice change to be back there again, I'd forgotten how much I enjoy the place. 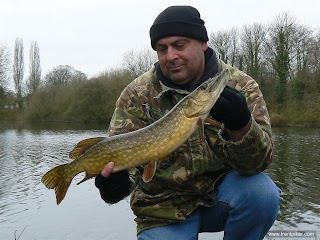 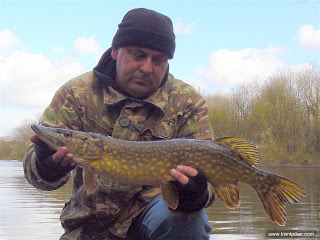 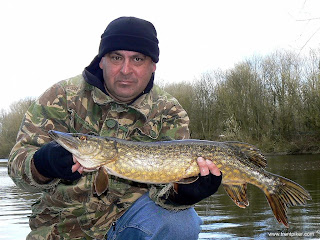 We've recently had a few sunny days and that got me thinking about summer fishing, so I got my fishing box out from the shed to see if the batteries in my alarms needed replacing etc, and as I lifted the lid I saw two beady eyes looking back at me! uuurgh! I don't know how it had got in there because the lid on the seat-box was closed tight but it must have been in there all winter, chewing the buttons of my alarms the little $#!!7. 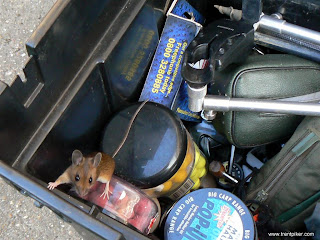 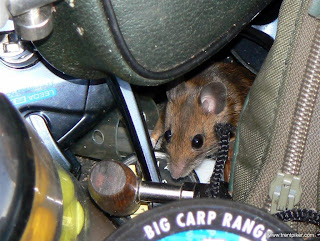 Wow daz the biggest Pike youve ever seen, Must be a monster, Hope you catch that one mate, The little companion you have inherited in your tackle box will be more than happy to let you hook it through the back leg and try and catch that big pike for you hahaha,, Nice to see you with a couple of Pike Daz,
Well in that man,
,,,Paddy,,,

HAHA... you'd be surprised at the number of people who have also suggested using my squatter as bait! but I couldn't do that, I had let him go free. I must be going soft!

All the best to you, Paddy

Hahaha yep i think we are all going soft as i would have let him go as well,
Good on you Daz,
,,,Paddy,,,

Hello Bazz, we'll have to catch up sometime soon with a few hours fishing. Let me know if you're out anytime. Cheers!